HAZARDOUS CHEMICALS AND POLLUTION IN FASHION

ARE WE BREATHING IN AND EATING PLASTIC?

According to the WHO, about 20% of industrial pollution comes from the textile manufacturing process. Over 8,000 chemicals are used to turn raw materials into clothing. There are chemicals used throughout the production of clothing – from pesticides used for growing cotton, to the use of toxic dyes in the fabrics, to the fibers being breathed in by the textile workers and to the washing and finishing of the clothes. Every step of the process poses many health hazards.

As I had mentioned in a previous post, every year half a million tons of plastic microfibers are dumped into the ocean, the equivalent of 50 billion plastic bottles. Microfibers cannot be extracted from the water and they can spread throughout the food chain, detected in commercially caught fish and shellfish (yes, you are potentially eating this – yuk!). As much as 20-35% of all primary source microplastics in the marine environment are from synthetic clothing, such as polyester (which is made from petroleum – a non-renewable resource). When synthetic fibers are produced and combined into yarn and woven into fabric, these fibers are released into our air and water, ending up in our soil, food and the air we breathe – a health hazard for all of us.

For decades, factories from all industrialized parts of the world have used rivers and waterways as dumping grounds for their waste, often leaving a huge and costly legacy of hazardous chemical contamination. These factories thought that the toxic pollution from them would be diluted and dispersed into the environment probably without much thought to the implications of these actions. Maybe they did not want to be caught as these dumps usually happened in the middle of the night, according to GREENPEACE.

In 2011, Greenpeace launched the ‘DETOX MY FASHION’ campaign. Their investigators followed the toxic trail of some of the largest textile suppliers in China. They followed the trail from their factories making our clothes to the international fashion brands using these factories to make their products, which have the power to change the system and detox our future. They found toxic chemicals in these Chinese factories that were being used, such as PFCs – which are banned in Europe- and impossible to remove by modern wastewater treatment.  When confronted with these findings, sportswear giants were challenged to take responsibility for their supply chain. They were challenged to aim for zero discharges of all hazardous chemicals from their production processes. There are about 11 chemical villain groups that have been classified to be toxic to human and animal life which can be carcinogenic, affect immunity and reproductive systems, and affect kidney, liver functions including affecting the nervous systems.

Another documentary that highlights this pollution from hazardous chemicals is ‘A RIVER BLUE’. This exposes the pollution caused by denim production and the various denim finishes that has caused major health problems to the workers. Some of the world’s rivers are actually turning blue from the dyes.

The pollution in major rivers like the Citarum River in Indonesia and Pearl River in China have become uninhabitable for fish and other animals due to the dumping of toxic chemicals from textile factories that are used for dyeing of fabrics. Many people depend on these rivers for drinking water, washing and bathing, irrigating their land and for direct sources of food. There have been high rates of cancer and other diseases found in communities living next to highly polluted rivers, particularly near textile factory water outlets.

Fashion4climate initiative works with designers to help them find solutions to a cleaner, more sustainable future. #Whatsinmyclothes is a new campaign started by Fashion Revolution asking companies to look closer at their materials and their supply chain. Unfortunately labeling of clothes does not accurately reflect what is in the textiles.

What is the customer to do? Well, when buying clothes choose natural, biodegradable dyes and fabrics whenever possible. Companies such as CALIFORNIA CLOTH FOUNDRY are leading the way to making clothing that is compostable! Wow! I will be highlighting this sustainable brand in a blog post soon! 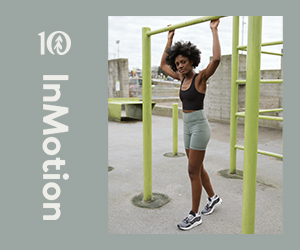 Hi! Welcome to my Blog 💚

Why do we need a holiday to celebrate being kind to the Earth and all its inhabitants? 🦋🌎🌺❤️photo taken by Stella at Descanso Gardens. #happyearthday #love #life
Thank you for the mention @blueurbane 🙏🏻 So honored to be in the company of these amazing women 🙌🏻 🥰❤️ If you haven’t already, please check out this awesome shop run by an incredible woman @blueurbane !! #sustainablefashion #fashion #womensupportingwomen
"The World needs a reality check." ~ Maria Van Kerkhove, World Health Organization Epidemiologist 🤔⠀⠀⠀⠀⠀⠀⠀⠀⠀
Time to unplug! 🦋I will be posting less this summer as I focus more on creating new blog posts, creative projects and mostly spending time with my daughter as she is on summer break. ☀️😎☀️⠀⠀⠀⠀⠀⠀⠀⠀⠀
✨"Always be on the lookout for the presence of wonder." ~ E.B. White ✨⠀⠀⠀⠀⠀⠀⠀⠀⠀
Kids + Sustainability 🌿✨⠀⠀⠀⠀⠀⠀⠀⠀⠀ 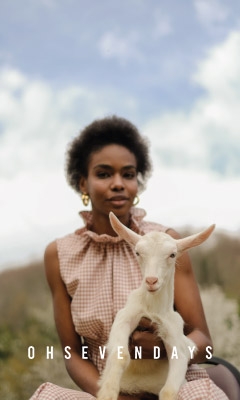